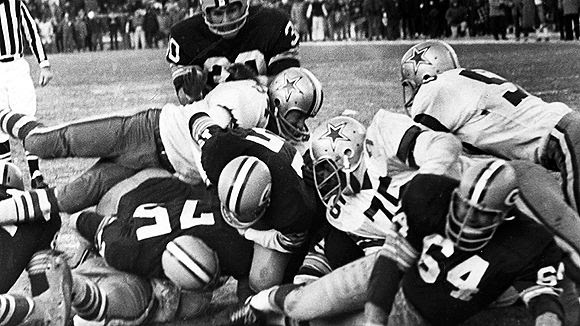 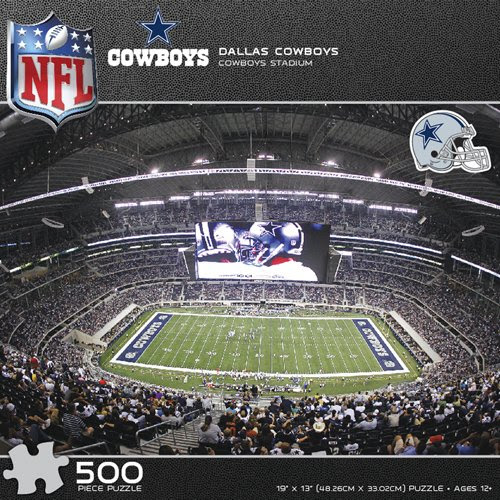 The stadium they will be playing in will be the new Cowboys Stadium which cost $1.15 billion to build and team owner Jerry Jones had to persuade local voters to approve a 0.5% sales tax increase and other amusement tax increase to have it built.  Many other NFL teams (Steelers included) have new stadiums that the league wants to extend the season to pay for to 18 games.  This and other moves will put it at odds with the player's union and put the player's health in greater jeopardy (see my post Concussions).  The NFL Players Association has produced a commercial urging the owners not to lock the players out if they do not meet the owners demands.
Dave Zirin at The Edge of Sports often states that most NFL owners are "to the right of Atilla the Hun."  I don't know know how right he is.  I know that former Bush Secretary of State Condolezza Rice would like to join that club.  The St.Louis Rams were wise to exclude Rush Limbaugh as a co-owner or face a revolt by their players.  Zirin praises the Packers who are owned by over 100,000 shareholders with no profit motive.  This is laudable that they are still successful while being in the only NFL city with under 100,000 people using the same "frozen tundra of Lambeau Field" that they have for decades.  They did have a championship dry spell from the time Vince Lombardi retired until Brett Favre became quarterback.
It's true that the Rooney family who own the Steelers tried and failed in 1997 to persuade the public in Western Pennsylvania to enact similar taxes to the ones in Dallas to pay for building Heinz Field.  They then, like many other owners, went to the state legislature to with the Pittsburgh Pirates to pay for new stadiums.  On the other hand, the Rooney family did get owners to enact the Rooney Rule which requires teams to interview one African American candidate for coaching positions.  There are now many successful Super Bowl winning African American coaches in the NFL as a result.  The Rooneys also supported Barack Obama for President who rewarded family patriarch Dan Rooney with an ambassadorship to Ireland.  All in all they may not be quite as bad as Atilla the Hun (I do hope they side with the players with the upcoming labor dispute). The salary cap was instituted in the NFL in the early 1990's to level the playing field among teams as Super Bowls were becoming more and more one sided.  Cities like Pittsburgh and Green Bay in the 70's and 80's experienced a decrease in population as their industrial bases were shifted to the south and north which are less unionized.  Both teams now draw some of the largest road crowds in the league as they now have fans dispersed throughout the US.  The playoff and championship fortunes of both teams improved when the cap was put in place after they had struggled in the 80's.
Over the same period of time the Pittsburgh Pirates and the nearby Milwaukee Brewers in Major League Baseball only had one playoff appearance between them.  The salary cap was prevented in MLB by the baseball strike of 1994.  Afterward the Yankee second dynasty began with Alex Rodriguez earning more in salary than the whole Pirate team.  It may be tempting to blame all unions in this case but the circumstances of big time pro players are very different from the typical union member.


You can guess from reading my profile where my sympathies lie in this game.  Obviously just throwing money at players does not win championships but it does enable teams to hold on to players.  It's what you do with that money that matters.  The cap does level the playing field and is dare I say socialistic?

On the other hand there is no salary cap for the owners or the coaches.  Seldom do we hear of how much money they make.  The other owners are definitely not socialists with respect to their business practices.


After discussing his documentary about sports, Dave Zirin talked about other social issues and sports.  After 15 minutes he explained why he rooted for the Packers in Super Bowl XLV (in a tweet he says he prefered them because it's a matter of ethics and predicted a score of 29-24).  I have nothing against their organization either.  The Steelers are a business which make them neither evil nor morally superior.

Zirin's prediction was on the money with the score (31-25 Packers) and he called it "people's victory" in his column in The Nation.  He chides the Fox Network for not discussing Green Bay's unique ownership while honoring Ronald Reagan on his 100th birthday that day and how both cities suffered during his Presidency.  He also chided Fox for not showing the Rooney family and called them " the most celebrated ownership family in the NFL."  Kudos to him for recognizing this fact.

It's always a leap to attribute the outcome of one game to organizational things like a salary cap and ownership structure.  These things affect the long term success of an organization.  So many factors come into play on any given Sunday such as injuries, Ben Roethlisberger's 2 interceptions that led to touchdowns (I do not condone his past off the field behavior and I hope he's learned his lesson from his suspension), and motivation.  It was a fun game and it's time to return to more mundane issues.

Sally Jenkins of The Washington Post has a good column about the excesses of the Dallas Stadium at a time when most state and local governments are strapped for cash and 1,300 fans were denied seats to the game after paying about $900 each for tickets.  I'm glad I watched it at home.


After a bloated Super Bowl in Dallas, it's time to rein in big game


Income and Life Expectancy. What does it Tell Us About US?