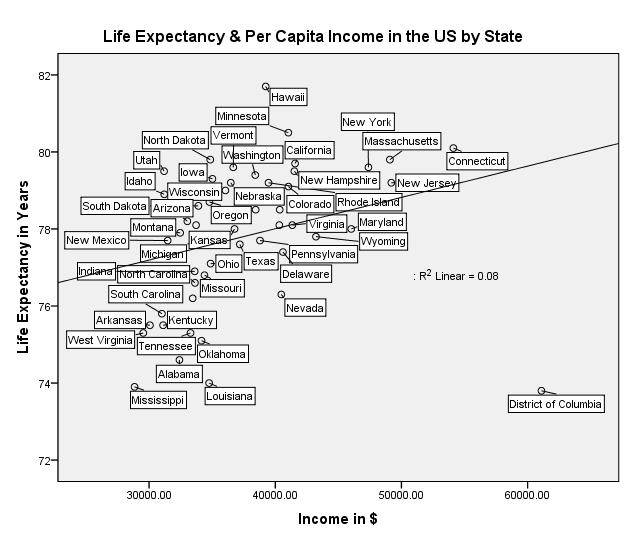 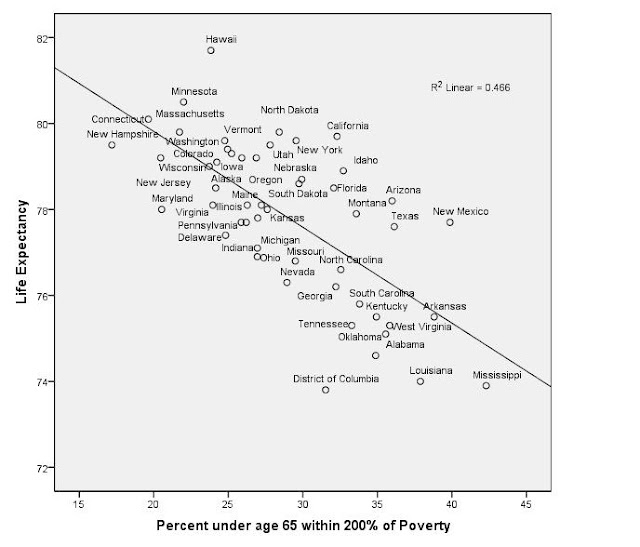 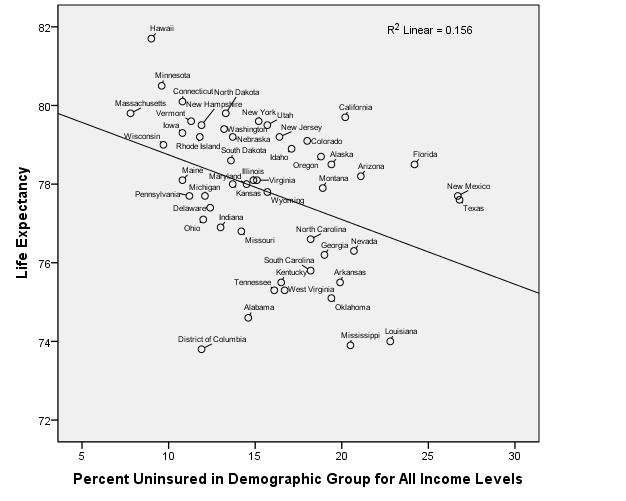 The relationship between the percent uninsured in each state and life expectancy was then studied and was significantly negatively correlated.  This relationship was not as strong as the one between poverty and life expectancy (0.156 vs. 0.466).  Texas and New Mexico are the states with the highest rates of uninsured with 26.8% and 26.7% respectively.  These states ranked near the middle of the life expectancy table with New Mexico 31st at 77.7 years and Texas 34th at 77.6 years.  Infant mortality data averaged from 2004-2006 for each state was available and correlated but was not significant for % uninsured.  DC had the highest rate at 12.6 deaths/live births (neighboring Maryland was last at 4.9), Texas was 29th at 6.3, and New Mexico was 34th at 6.1.


The effects of being uninsured are less clear in immediate health outcomes because in this country those in the lowest income range are covered by Medicaid.  It is those in the low to middle income range who are most likely to be uninsured.  Texas ranked 5th for those within 200% of poverty with 36.1% and New Mexico was ranked second with 39.9%.  All of this data was from the census bureau from 2007 except the infant mortality data.  New data will be available from the Census Bureau for the State and the County level for 2008 and 2009 which should give an indication of the effect the recession is having on the uninsured.


Lewis Black rips on Rick Perry for ripping on New York State but forgets to mention the uninsured in Texas.  New York State has 15% uninsured, 30% withing 200% of poverty, a life expectancy of 79 and a per capita income of $47,000.  Not exactly cause for celebration.  Warning there is profanity in the clip.