I am now recovered from my PodCamp presentation and have come upon the one year anniversary of my blog (which was inspired by PodCamp).  This is the 78th post.  I've had almost 10,000 pageviews (web counters aren't always reliable and no it doesn't include my visits).  About 61% of those visits have come from the United States and is highlighted in green in the map below.  The second most visits (about 4%) have come from the United Kingdom followed by Canada (3%), Germany (2%), the Philippines (1.5%), and other countries highlighted in lighter shades of green.

The posts which get the most pageviews are revealing about which content resonates the most with the blogosphere.  The popular posts list below is for the most read posts over the last month.  Here are the top all time most read posts on CSIwoDB (my twitter handle).

10.  Super Bowl XLV: A Battle of Champions Who Couldn't Compete Now Without a Salary Cap-

My discussion of economic and social issues surrounding the Packers-Steelers Super Bowl from last year. 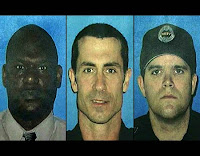 I did a statistical profile of the neighborhood in Pittsburgh where a politically motivated killing of three police officers.  I happen to live there and it's a great neighborhood.

8. Change at My Alma Mater, IUP (Indiana University of Pennsylvania). Undergrads Getting Squeezed

An expose on the economic changes at state owned universities. 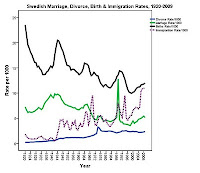 7. Ruth Institute - Making Marriage Cool (In the US but not Scandinavia) 6.  The Civil War in a Larger International Historical Context

In light of the 150th anniversary of the beginning of the US Civil War I thought it important to point out that there were similar national reunifications going on at the same time in Germany, Japan, and Italy which would have ramifications for world history later.

5.  Why does the right demonize Nancy Pelosi?

My oldest post on this list is an expose' of the right's attacks on the former speaker of the house.  She is a ruse for something else.

4. Global Warming, Wikileaks, and Statistics: What Barry Sanders Can Teach Us

A discussion of how the brain responds to violent hits in sports or elsewhere.

An application of probability theory to Lance Armstrong's claims about never failing over 500 drug tests.  There was a rapid rise in popularity for this post.  It accounts for 4% of pageviews. 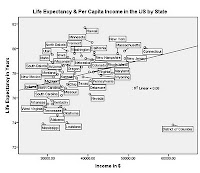 This is by far my most read post (17% of all pageviews) because it was linked to the webpage for the BBC documentary The Joy of Stats.  It is a look a how income correlates with life expectancy and uses real life examples to support the analysis.

I am proud of the reception that these have received.  I have other favorite posts such as my write up on Jon Stewart's Sanity Rally, my discussion of how bullying is really a societal problem, my guest posts for HealthCare 4 All PA, and others.  I would love to talk about a different list next year.  Statistics is a topic that can cover any topic and this post should give a good sample.

My top traffic sources include the BBC, Google, Facebook, Twitter (I don't need to link to them), 2 Political Junkies, Art of Angles, The Pittsburgh Comet, and About.com.  Thanks to all of them and others who have linked to my posts.