Some tragedies grip our imaginations more than others and the Titanic is one of them.  We (myself included) are consumed with all of the details of the disaster.  The History Channel has come out with this graphic showing the scale of it in numbers and other fascinating things on their website (but only one special on their TV network).  It's so easy now to look back and say "how could they have been so stupid."  While this question is fascinating and looking at undersea video of the wreckage is like visiting another planet it's important to remember that there are other tragedies that testify to our arrogance which are more deadly and are largely forgotten.  Focusing on just this tragedy can reinforce the idea that it's all just a thing of the past.  How many things going on now will people say of us in 100 years "How could they have been so stupid?"

One largely forgotten tragedy that needs to be remembered is one that happened in my hometown, Johnstown, PA.  In 1881 wealthy Pittsburgh industrialists Andrew Carnegie, Henry Clay Frick (who narrowly missed being on the Titanic see video below), Andrew Mellon, and others from Pittsburgh built an earthen dam north of the city at South Fork to create a private lake for their amusement but never consulted an engineer.  On May 31, 1889 the dam burst sending a 40 foot high wall of water (similar to a tsunami) southward through the valley and into the city of about 30,000 killing 2,209.  The above images should give an idea of it's force.  The industrialists were never held liable for the disaster.

There were silent movies and a few documentaries on the flood (one winning an Oscar in 1990) but as far as I know nothing like the attention paid to the Titanic (making it a great moneymaker for James Cameron and others).  Seldom is there a mention of it in biographies of Andrew Carnegie or Frick. 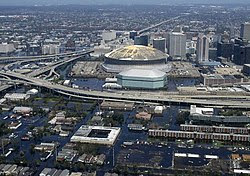 There are many other disasters that could also be mentioned such as floods in China that have killed millions which could be discussed here.  Global warming has the potential to create more disasters which dwarf the Titanic.  There are disasters now that could be remembered in the same way as the Titanic or largely forgotten like the Johnstown Flood.  Into which category the flooding in New Orleans from Hurricane Katrina fall?  9/11 will likely be remembered like Titanic because it was the result of a deliberate attack (though there may have been some arrogance on the part of intelligence agencies and the Bush administration) and it's victims were rich as well as poor.

Posted by CSI without Dead Bodies at 9:08:00 PM No comments: