The World Health Organization has come out a new report on life expectancy, infant mortality, and other health statistics for 2012 which can be read here.  Their image above shows the countries top 10 for men and women.  As with previous estimates of life expectancy, the US is not in the top 10 for either men or women.  I haven't seen where the US ranks but the life expectancy but for US men it is 76 years and for US women it is 81 years which is 3 years below the tenth ranked country for each gender.

The report states that for the US and the rest of the world the health measures have improved but disparities remain. Lloyd Stires has done posts detailing studies which show a 3% decrease in mortality in Massachusetts.  Would a nationwide decrease in nationwide mortality result in the US placing in the top 10 countries?  In many of the countries that rank above the US, their medical bankruptcy rates are zero.

How does Pennsylvania Measure Up on Infant Mortality?

Posted by CSI without Dead Bodies at 7:47:00 AM No comments:

Lloyd Stires has a great series of posts on the decline of mortality in Massachusetts compared to similar surrounding counties.  They are linked in related posts below.

I've also received a nice response to my post on medical bankruptcies.  Here is a follow up.

I have received comments from Thomas M Miovas of appliedphilosophyonline.com that more exact methods are needed to determine the cause of these bankruptcies.  I agree completely.  However in the lack of these more comprehensive studies pilot work can be done to aid in planning these studies. 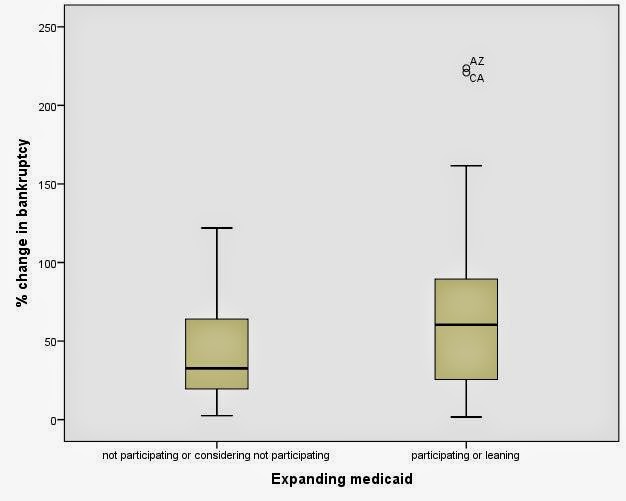 These types of analyses can provide indications of meaningful underlying patterns for future research.

Posted by CSI without Dead Bodies at 9:50:00 PM No comments: