Much has been made of "Deflategate." Will Bill Belichick get his comeuppance?  Will Gisele Bundchen leave Tom Brady over deflated footballs?  Will Aaron Hernandez spill the beans to make a deal to save himself from a life sentence (Massachusetts has no death penalty)?  Did Bill Belichick put LeGarrette Blount up to walking off the field when he was with the Steelers so he could be picked up at a bargain basement price.

Seattle may be the sentimental favorite now but their coach Pete Carroll did, after leading USC to a national championship, abandon them for Seattle right before the program was put on probation by the NCAA for recruiting violations.  If Seattle wins there will be talk of a dynasty and the possibility of a three peat.  They have the 7th youngest team in the league in average age at 25.65 years while the Patriots have the 11th youngest at 25.76 years (the Raiders have the oldest at 27 years while the Rams have the youngest at 25.09).  The Patriots may be a waning dynasty with six Super Bowl appearances in the last 13 years and winning 3 in four years from 2001-2004.  The Patriots missed their bid for a three peat with a loss to the Broncos in the divisional playoffs in 2005 which is the last team to have a three peat chance.  There have been other teams that have come close to a three peat in the Super Bowl but none have made it. 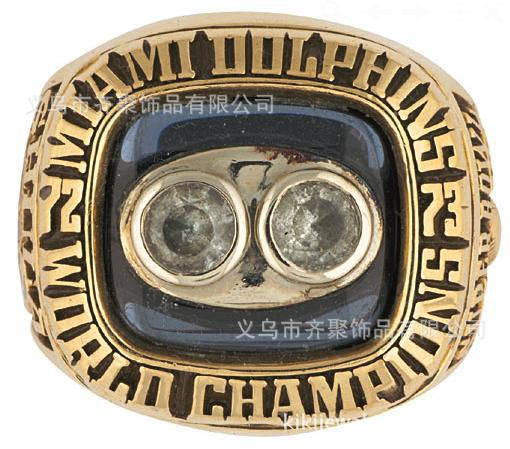 Miami Dolphins They were the first team to appear in the Super Bowl three years in a row (Super Bowls VI, VII, and VIII) winning the last two.  They missed their bid for a third straight title losing in the 1974 divisional playoffs to the Oakland Raiders.  That game was called Super Bowl VIII & 1/2 but the Raiders lost the AFC championship game to the next team on this list.

Pittsburgh Steelers After beating Oakland in the AFC championship game in '74 and '75 (in '75 the Raiders accused the Steelers of turning the field in Three Rivers Stadium into an ice field) they went on to win Super Bowls XI and X.  The '76 season was one of the Steel Curtain defenses best (and the best of all time) recording five shutouts and allowing an average of 9.86 points per game.  The Raiders finally had their revenge however in the AFC championship defeating them 24-7 (partially to the use of stick em on their hands and Franco Harris being hurt).  After winning their fourth super bowl in 1979 they went 9-7 in 1980 and missed the playoffs.  It would be ten years before another team would get a chance to three peat and that is...

under Joe Montana and Jerry Rice but lost in the NFC championship to the New York Giants on a last second field goal.  The Giants would go on to defeat the Buffalo Bills in a thrilling Super Bowl XXV.  The 49ers would soon replace Montana with Steve Young as the quarterback.  They would lose to the next team on this list in the NFC championship in the next two years.

Dallas Cowboys After trouncing the Bills in two straight super bowls by a combined score of 82-30, coach Jimmy Johnson left after a blow up with owner Jerry Jones.  He would be replaced by former Oklahoma Sooners coach Barry Switzer who led them to the NFC title game against Steve Young and the 49ers.  The 49ers built a 31-14 halftime lead.  The Cowbows rallied in the second half but came up short 38-28.  They would become the first team to win 3 in four years the next year against the Steelers.

Denver would become the next team to win the super bowl two years (ending a 13 year drought by the AFC) in a row but John Elway would retire after the second and the Broncos did not make the playoffs.  The difficulty in three peating may be a reflection of the parity in the NFL.  Over the same period (1966-2015) two teams have won the Stanley Cup four years in a row (Montreal and the New York Islanders), the Chicago Bulls and the LA Lakers have won the NBA title three years in a row on two occasions and one respectively all under coach Phil Jackson, and the Oakland A's and New York Yankees have won the World Series three years in a row over this period.  This suggests less parity in these leagues than the NFL.  Does more parity lead to a greater desire to cheat to get ahead of the competition?

Bill Nye the science guy has his funny take on deflategate, global warming, and who he would like to see win.


The Patriots won on a thrilling last second interception so the Seahawks hopes of a dynasty are deflated, for now at least.  Cheer up Bill Nye you still have science.