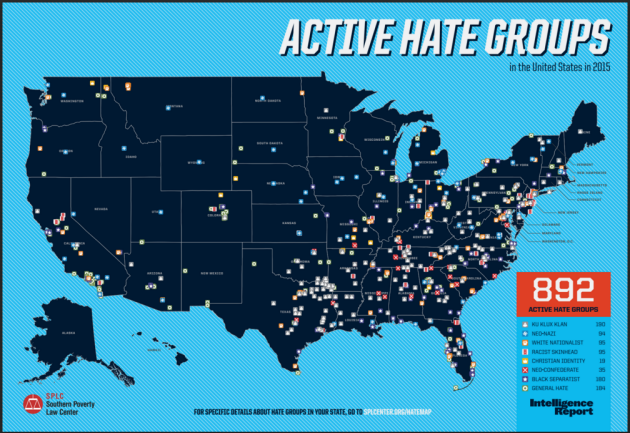 Earlier this year the Southern Poverty Law Center created a map showing the concentration of hate groups in the US.  I adjusted the number of groups in each state by the population in each state  showing a different picture.  Just after the election the FBI issued a new report that hate crimes in the US have increased in 2015.  I thought I would take a look at any possible association between hate crimes, hate groups, and Trump's percentage of the vote. 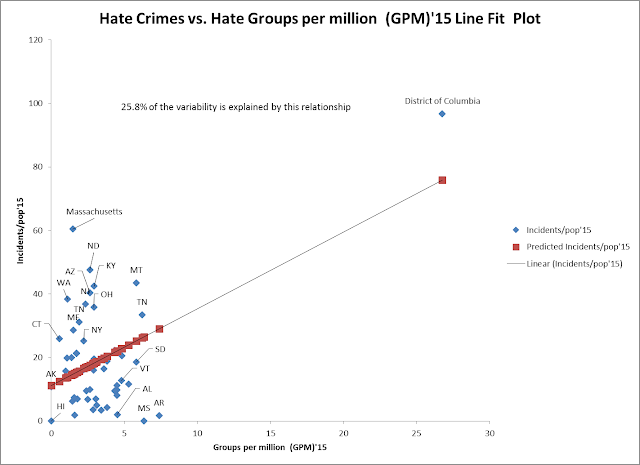 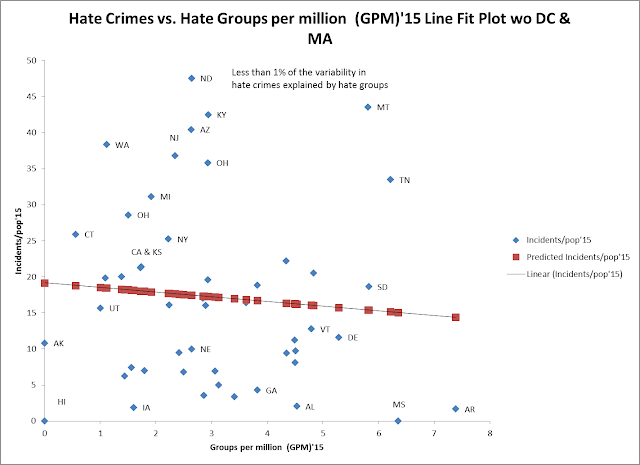 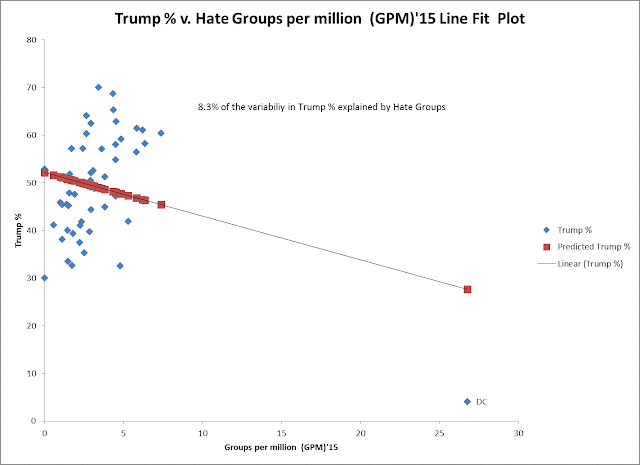 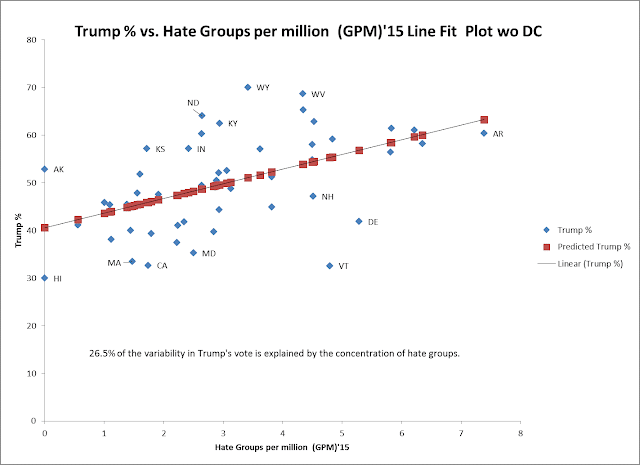 Clearly DC is a powerful outlier compared to the other 50 states in income, life expectancy, hate groups, and now hate crimes.  Others dismissed DC having a high rate of hate groups by stating that they just had their national headquarters there.  The high rate of reported hate crimes supports that these groups are active in DC with a large minority population suggests that these groups are indeed active there. The alt-right conference below discussed below also supports the activity there.

There are states with high rates of hate groups but low rates of reported hate crimes such as Arkansas and Mississippi (with zero reported hate crimes).  Are the groups more cautious  in these states or are hate crimes less likely to be reported there?  I don't know the answer to these questions but they merit further study.
**Related Posts**


A Wave of Hate Groups in California? No in Washington, DC

Posted by CSI without Dead Bodies at 5:39:00 PM No comments: