Vote for Paul Ricci on Nov. 7 for City Council 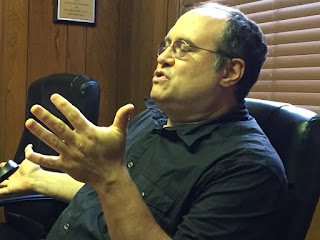 The campaign season is heating up.  I am here to make a final plea votes here in Johnstown, PA.  I have been profiled in the Johnstown Tribune Democrat.  I have met thousands of city voters and given out many flyers.  The voters are concerned about their future.  I share many of these concerns and am looking forward to make efforts to address them as their city councilman. People here are concerned about the shrinking population (3rd fastest shrinking in the US), the opioid epidemic, urban blight, and the lack of jobs here.  I have a plan to address those concerns:

The response to these ideas has been overwhelming.  The city cannot move forward by clinging to the past.  The free Wifi will attract people to the city (people who work from home, college students from the Pitt-Johnstown campus, and daily shoppers) to improve our tax base to address the need for improved infrastructure.  Consolidation with neighboring communities will further improve our tax base.

If you live in the city limits and are registered to vote I ask for your vote on November 7.  If you know someone who lives here please share this post with them.


A Successful Rally for Women's Rights

Posted by CSI without Dead Bodies at 2:32:00 PM No comments: