It has been one month since this online poll has begun.  There have been 27 responses to the poll so far with a wide variety in the books receiving votes.  Of the 112 books listed, 69 received at least one vote.  The top vote receivers so far are listed below.

Charles Darwin's On the Origin of Species is the early leader with 40.7% of the vote followed by Rachel Carson's Silent Spring with 25.9%.  Walden by Henry David Thoreau and A Brief History of Time by Stephen Hawking are tied for third with 18.5% of the vote.  Four books are tied for fourth with 14.8% of the vote each.

The voting is open ended with no final voting date.  Respondents can suggest new books with the other option.  I will post the results from time to time as new responses come in.  This is a living breathing poll.

One respondent suggested a poetry book by TS Eliot.  I believe that poetry is neither fiction or nonfiction.  If you disagree, you may register it in the comment section below.  I will take it under consideration.  I also created a poll on blog Facebook page on this subject. Make your voice heard!

Vote for the Best Nonfiction Books of All Time

Do you Hear What I Hear? Sounds like Passing the Buck 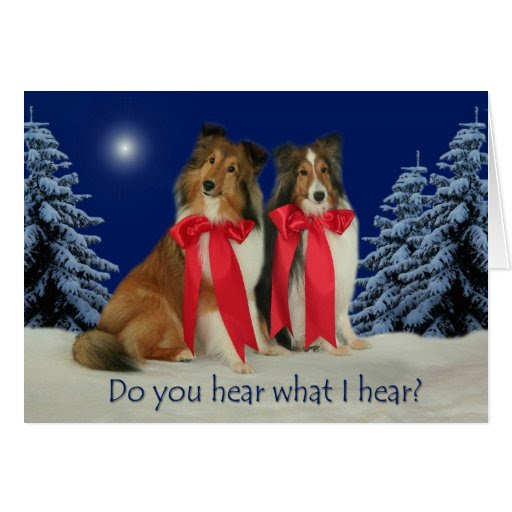 We hear songs all the time without really thinking about what their saying.  I never gave the song Baby it's Cold Outside a second thought until the recent controversy.  Recently I read a good critique of Rudolph the Red Nosed Reindeer by Jade Saab called Be Useful or Die that argues that Rudolph became accepted after his nose became useful to Santa.


I've loved the song Do You Hear What I Hear.since I was a kid.  I always found it soothing in tense times.  The lyrics can be seen below.  It has four verses.  In the first two verses the night wind tells the little lamb about the star and then the little lamb tells the shepherd boy about a song high above the trees.  This sounds like how rumors get started.  Verses 3 and 4 can be seen below.

This king sounds a lot nicer than Herod the Great, who, according to Matthew's gospel, ordered the deaths of all firstborn baby boys under the age of three in Bethlehem after the Wise Men left.  Christian fundamentalists may see this as biblical revisionism.  I seldom hear it sung in Catholic church.  Other Churches might use it.  The song never mentions Jesus by name.

The song was written in 1962 by Noel Regney and Gloria Shayne Baker.  According to Wikipedia, it was written as a plea for peace during the Cuban Missile Crisis.  Buon Natale a` tutti.

Posted by CSI without Dead Bodies at 9:01:00 PM No comments:

I rejected the suggestion of Atlas Shrugged by Ayn Rand as it is a novel and the suggestion of The Origin of the Family, Private Property, and the State by Fredrick Engels as I have limited the list to one author per book.  He is already listed as an author of the Communist Manifesto with Karl Marx.  This is done to help ensure diversity of the list, not for political purposes.  I added books by Latin American (such as Eduardo Galeano) and African (Nelson Mandela) authors to improve geographic diversity.  I have added two women authors, Rosa Luxembourg and Jane Goodall, as another diversity enhancement to the list.

The line between fiction and nonfiction can be a blurry one.  The two broad categories of books can feed off each other.  Sherlock Holmes novels helped revolutionize how crime fighting is done.  Sigmund Freud's ideas on the subconscious mind have influenced everyone from Sesame Street to Woody Allen.  Religious texts such as the Bible and the Quran are excluded because they are often a matter of faith rather than fact.  In my last post I promoted fiction authors that I know.  This time I will feature nonfiction authors that I know.


Goodreads reviews for Wuthering Depths in Johnstown:By the Numbers