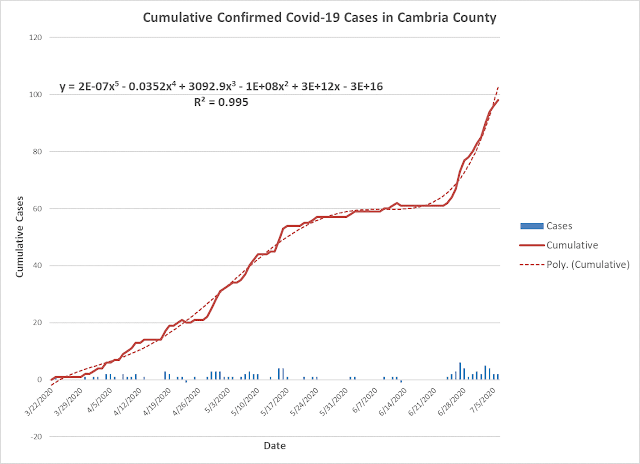 When I tell people about the recent upsurge in cases of Coronavirus in Cambria County I am often asked "is that because there is more testing?"  I have been looking at the trend in testing and cases in the county sine records have been available.  I was unable to track the number of cases from June 19 to June 24 due to problems with my computer.  I added the average number of tests per day as a proxy for this period. 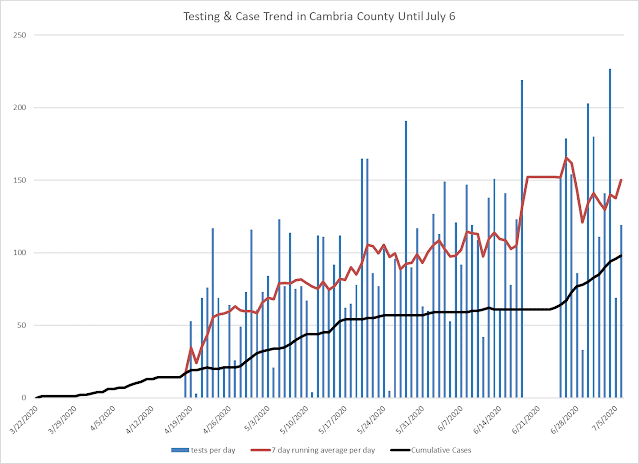 Posted by CSI without Dead Bodies at 6:25:00 PM No comments: