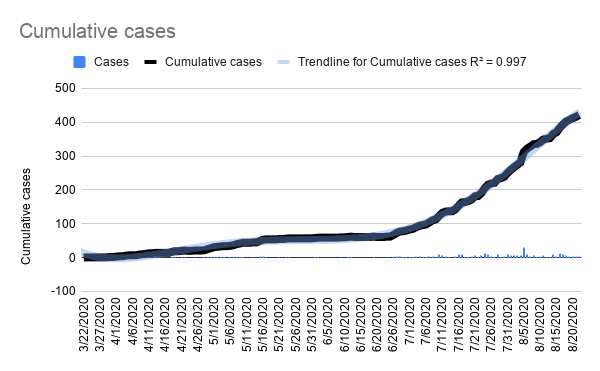 One week ago, Cambria County surpassed 400 cases of COVID-19.  This can be seen in the graph above.  Since then the number of new cases has tapered off. 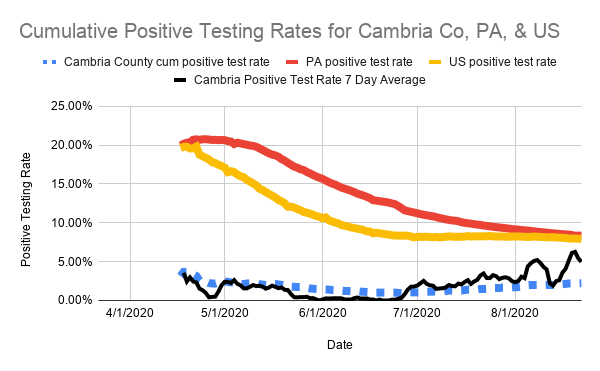 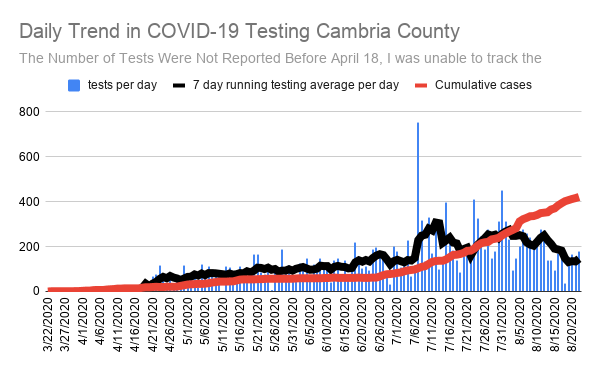 The graph above shows the trend in the cumulative cases (red line), the number of tests per day (blue bars), and the 7 day average of tests per day.  The decrease in the testing average occurred after August 5 when the number of cases passed 300 (with a brief spike on August 10).  That day there was an increase of 30 cases.  The increase was primarily at the federal prison in Loretto. 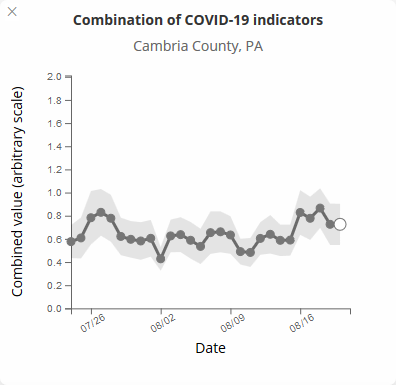 I don't have a very good explanation for the decrease in testing after the outbreak at the prison.  Carnegie Mellon's COVID Cast website has indicators to predict future cases such as doctor visits, and survey's of symptoms on Facebook.  The graph at the left shows that the composite of indicators has remained relatively steady.  I hope that the decrease is just an aberration.

Posted by CSI without Dead Bodies at 2:48:00 PM No comments: