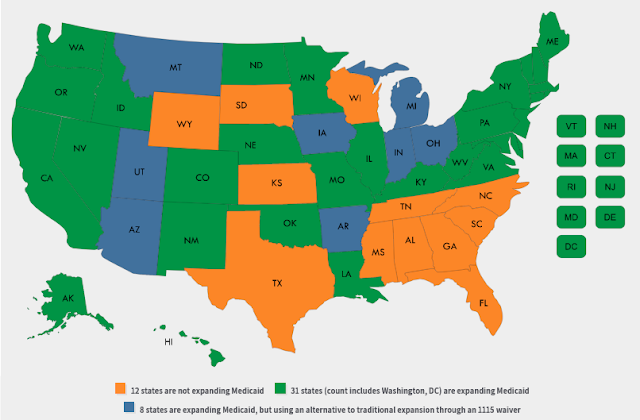 In the early days of this blog, I wrote extensively on how states were rolling out Medicaid expansion under the Affordable Care Act (aka Obamacare or ACA).  The 2012 Supreme Court decision that upheld the ACA made Medicaid expansion optional for the states.  This expansion allows states to raise the income eligibility level from 100% of the federal poverty level to 133%.
The above map shows that 12 states still refuse to expand Medicaid 11 years after the ACA was passed while 31 states have expanded and 8 states have used different methods to expand.  The map below shows where each state stood on expansion in 2012. 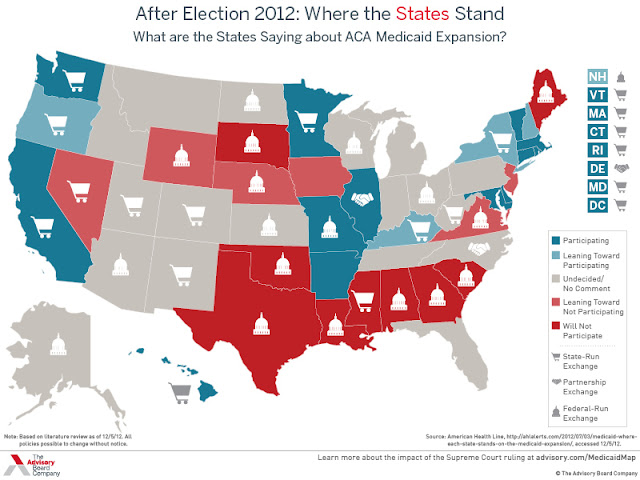