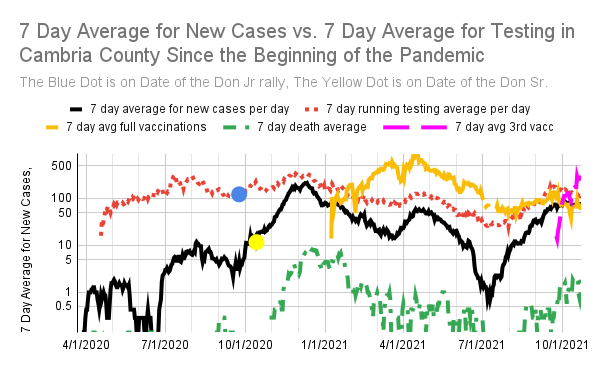 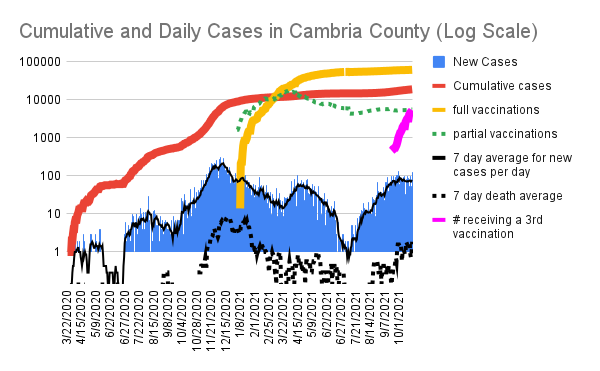 After a successful book signing at IUP's homecoming two weeks ago, I reached 100 sales of my book Wuthering Depths in Johnstown: By the Numbers.  This weekend coming up I will be selling my book at Rosie's Bookapalooza this weekend at the Community Arts Center of Cambria County.  It will run from Friday Oct. 22 from 10am-5pm to Sat, Oct 23 and Sun, Oct 24 from 10am-3pm.  Five other local authors will be there.

My interview on Laurel Highlands Now, Trump Visits to Johnstown, and Changes in COVID-19 cases