My Classmate's Story of Abuse 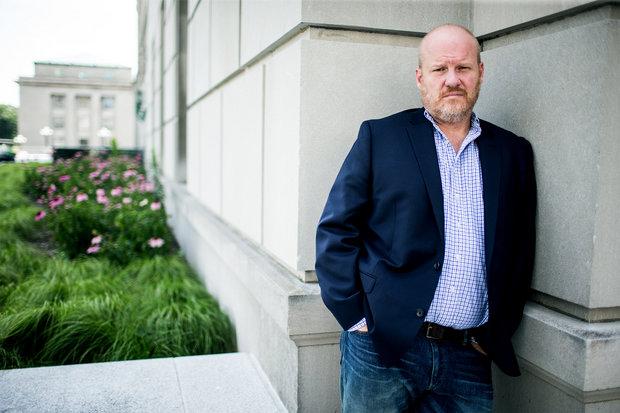 Shaun Dougherty, a classmate of mine at St. Clements grade school, has come forward with his story of abuse at the hands of one of the priests which is told on page 63 and 64 of the report.  The full text of the report can be read below.  Pictured below in our 5th grade class picture along with Shaun, the Priest in question, a nun who was a terror to us, and I.  The Diocese we were under, Altoona-Johnstown, received a scathing grand jury report from the state Attorney General.  The Diocese is now nay be investigated under the RICO statute (usually used to prosecute the Mafia).

Below is Shaun discussing his abuse and the problems it has caused him. I should warn you it is fairly graphic.  He was very disappointed that State Sen. Pro Tempore Joe Scarnati removing the retroactive removal of the statute of limitations on priests being sued.


From Bill Cosby to Jerry Sandusky, there have been other shocking stories of individuals who were previously highly regarded to have sexually abused others and when we first hear about it we are always shocked.   Addressing the system that protects abusers is just as important as punishing the abusers themselves.  A report came out recently that Joe Paterno was told by one of Jerry Sandusky's victims about his abuse in 1976.

The full grand jury report can be read below with stories of victimization by other priests.  I was not victimized by the Priest in question or any other priest.  As a victim of bullying I can sympathize with the pain of the victims.  I have often heard that if the Roman Catholic Church were to drop the celibacy requirement for priests (Priests were allowed to marry until the 11th century) and/or allow women priests (It never has) the problem would be solved.  While it would certainly help by giving the Church a larger pool of priests one should remember that married men ( ie. Jerry Sandusky) and to a lesser extent married and single women have been known to commit these crimes as well.  The whole culture of placing individuals on pedestals where they are above reproach needs to change.  Also the abusers (many of whom are victims of abuse themselves) need to find the right treatment.

Shaun Dougherty was featured in a panel discussion on a local TV station on Catholic Church abuse.  I couldn't embed the program but you can view it on WJAC-TV's website here.

Say it ain't so JoePa!

Habemus Resegnum - We have a resignation

Posted by CSI without Dead Bodies at 1:24:00 PM No comments:

I've seen this video clip from the Ellen show make the rounds of Facebook and the web in the last few weeks. It is sad that it takes events like these or of Columbine for people to recognize the harmful effects of bullying. In school I was often called a faggot (I'm not) and worse and was bullied in other ways. The advice I got from adults was "ignore it, it will go away, it's just part of growing up" while it may be true for those who have a good face for playing poker but it never did for me. Of course being gay is not the only reason to be bullied. At least some parts of society are starting to recognize this age old problem, but are they ready to ask the deeper questions?


Much of what goes on in our schools is merely a reflection of the society as a whole. In schools it all occurs in a closed space. In our society you have the jocks like LeBron James, Serena Williams, and Ben Roethlisberger, the brains (nerds is my N word) like Bill Gates and Stephen Hawking, burnouts like Lindsey Lohan, beautiful people (you can think of examples), and everyone else just like in every school. There is often jockeying for position in society and schools which sometimes leads to conflict.

Bullying is about establishing a social hierarchy. It can be subtle by as cold stare or not. I am not a total saint in this myself. Sometimes to take the pressure off of me, I would pick on other kids.

Those in authority can set the tone for how those under them behave. For example, when our leaders engage in gay bashing, such as Sen. Jim DeMint R-SC saying that gays & lesbians should not be allowed to teach school, those who follow them will imitate and sometimes escalate. In another more telling example NY gubernatorial candidate Carl Paladino has said inflammatory things about gays right after eight men were arraigned for torturing three gay men.

Another example of indirect incitement of bullying is Byron Williams who tried to kill people at the progressive Tides foundation but was stopped by the police. He confessed to being inspired by Glenn Beck, calling him a "school teacher." Richard Poplawski, who killed three police officers in Pittsburgh, Pa (less than a mile from my home), was also a follower of Beck's who was paranoid about Obama and guns. The journalist from Media Matters who interviewed Williams and has been following Beck's verbal bullying for years discusses it on Democracy Now!

Bullying is a symptom of larger forces in society. Kids are often better than adults at sensing which individuals do not fit the mold that society defines as "normal". It is the leaders who define who is and is not normal. Just blaming bullying on a few messed up kids with low self esteem (a myth that helps keep the problem going) or on violent video games (it does make the problem worse) with self esteem problems will not solve it entirely. It is necessary to recognize everyone's role in the problem.

The National Center for Bullying Prevention has resources for dealing with bullying at least on the school level. Research will have to be done to see how effective it is.

Final commentary which I cannot disagree with more. John Fugelsang says calling it bullying trivializes what it puts kids through. I argue that the International Monetary Fund saddling poor countries with debt is the same as bullies stealing unpopular kids lunch money. In the end, the name you give it matters less than correctly recognizing it when you see it.

Joel Burns' story telling teens that "it gets better" (echoed by President Obama) is moving but judging by his reaction the scars from his own bullying are still there and always will be. In some ways it does get better just as it has for African Americans in some ways since slavery, Jim Crow, and lynching ended, but is it as good as it would have been for them if those terrible things had never happened in the first place?

It "got better" for me when I was a freshman in college. Some guys in the dormitory were harassing me by jamming my door shut with pennies because I wouldn't be their patsy. The resident assistants were in their back pockets so I called the police on them. I have no regrets about it. The struggle for me was how does one handle not being bullied?


Dan Savage has picked up on the it gets better theme but only for LGBT's and has created an organization for victims of that type of bullying called the It Gets Better Project. He discussed the it on the Colbert Report. I still feel it doesn't address the core of the problem.

**Update**
New research by Media Matters shows how Beck and Fox News has been bullying the public about Obama's anti bullying efforts.