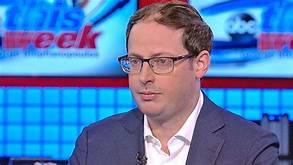 I have been reading Nate Silver's book The Signal and the Noise, about how hard it is to make predictions even when we have complete data. I tend to be a slow reader so I've been reading it for a while.   Finally I got to the chapter on his years as a professional poker player.  He talked about how players like him get overconfident if they start out winning.  Poker is a game of skill and luck.  The great player are lucky and good.  He argues is a thing that can be managed according to Bayes theorem.

In layman's terms, Bayes theorem says that people bring their preconceived notions to a situation and then update their notions based on what happens in that situation.  The image above shows the mathematical formula for the theorem.  If we know the probability of event B occurring given that event A has occurred, If we know the overall (or marginal) probabilities of events A and B occurring separately from each other we can calculate the probability of event A occurring given that B has occurred.  An example of this theorem is shown below.

The table above (that I used in my first post on data driven journalism) shows the 2016 primary wins for Clinton, Trump, and Sanders.  The probability of Trump winning a state given that Clinton has won in the other party's contest in that state is 25 out of 29 or 86%.  We can use Bayes Theorem to find the probability that Clinton wins the state given that Trump has won.

We can calculate these probabilities easily after the contests are over but it is different making these predictions beforehand.  Nate Silver was wrong about how many primaries Bernie Sanders would win and who would win the general election after correctly predicting the winner in 2012.  How will he update his predicting model for the 2018 and 2020 elections?  Time will tell.

My recent post on Lance Armstrong received a high number of pageviews in one week (it's already my second all time most read post behind Income and Life Expectancy. What does it Tell Us About US) but a low number of comments and a relatively short average visit time.  That suggests to me that while readers might be interested in the topic of whether he doped or not, they have a hard time understanding the mathematical calculations that I did.

Probability theory is a tricky concept.  It is what gives students of statistics the hardest time, myself included.  It had it's beginnings with games of chance.  This is why casinos do such big business because most people are such poor judges of their real chance of winning.  The real ones who got rich off of the California gold rush were the ones who sold the shovels.
Taking the performance enhancing drugs and taking the drug test is a form of gambling where the athlete's career is being put on the line.  One commenter on Twitter thought I proved nothing, another on Facebook thought I should've used a more sophisticated analysis like Bayes theorem and one still thought I should have considered time from injection to the testing.  The rest said nothing so they leave me to make a probabilistic guess about what they're thinking.

K. Werner Heisenberg's uncertainty principle states that you can be absolutely certain of a particle's position or it's velocity but never both at the same time.  Merely the act of observing a phenomenon introduces into it uncertainty.  The only way we can know the world is through probability.  Our prior judgments do cloud our decisions and it is important to be aware of them when considering new information.
**Related Posts**