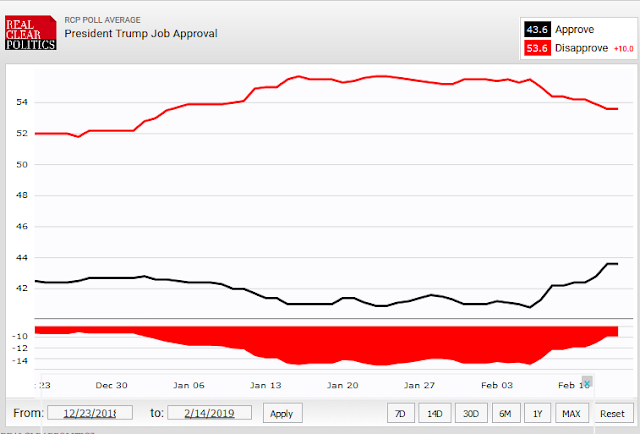 Happy Valentines Day All.  One month ago I posted on how Trump's approval ratings have decreased while the 35 day government shutdown was going on from 42.5% in the Real Clear Politics Average on Dec 23 to 41% when it ended.  In the few weeks thereafter, his rating has improved back to a little above where it was before at 43.5%.

With the Feb 15 deadline looming for another shutdown President Trump has announce that he will sign the spending bill to avoid another shutdown.  To get his wall he will declare a national emergency.  While this may lead to a long court battle it may help Trump with his base (but no one else) as the shutdown didn't. 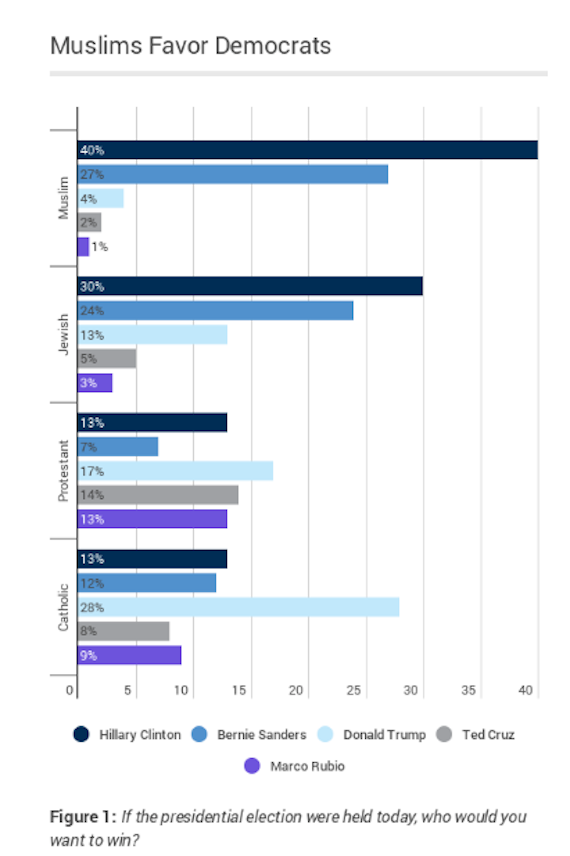 The horrific attacks in Paris have sent a wave of fear around the world.  As of this writing, 28 governors in the US have said that they will not accept refugees from the civil war in Syria for fear that ISIS members will sneak into their states.  26 of these 28 governors (84%) are Republican.  10 out of the 18 Democratic governors (55%) have said that they will accept these refugees.  This difference is significant according to Fisher's exact test (p < 0.001).  The full numbers are displayed in the table below and the political affiliation of each states' governor is displayed below that.

I have written extensively about which states have been willing to expand medicaid under the Affordable Care Act.  Below is a current map of the states expanding Medicaid.  Currently none of the 17 states which are refusing or considering to expand medicaid are accepting refugees. 10 states (all with Democratic governors) which are implementing some form of Medicaid expansion. are accepting refugees.  This difference is not as sharp as that for states with Republican Governors (p=0.003).

Via: The Advisory Board Company

The relationship between the party affiliation of governors and medicaid expansion is similar to that of accepting refugees and medicaid expansion (p=0.004).  16 out of 31 republican governors (52%) are either expanding or considering to expand Medicaid.  It could be that the party that controls the governor's mansion changed in the last election in states that are expanding.  Kentucky just elected a new republican governor who is promising to reverse expansion but other republican governors such as Chris Christie (NJ) and John Kasich (Oh) have implemented expansion and have not suffered adverse political consequences (but may have in their Presidential Campaigns).

This analysis shows that there is high probability of a partisan component to the governors not wanting Syrian refugees in their state.  This shift in medicaid expansion among republican governors could similarly happen with the right public pressure for the Syrian refugees (even Jeb Bush who is advocating that only Syrian Christians be allowed in the US).  Below is a discussion of the the true nature of the refugees from Syria.