Before the election I wrote about how voter registration patterns have changed since 2014 for Cambria and Somerset Counties.  The colors in the above map show how voter turnout changed since 2014 with counties having a larger increase having a darker color green.  Blair County having the largest increase in turnout of those registered.  The Keystone Crossroads article does not state what the 2014 numbers were for each county but it does state that there was an increase for each of the state's 67 counties.

The lighter colors for Cambria and Somerset counties suggest that the increases for there were not as large as for other counties but does not say exactly by how much.  Looking at the county results, Sen. Casey and Gov. Wolf lost these counties while winning the state.  For Cambria County, Republicans picked up one state house seat while and almost won two while Democrats gained statewide.  The increases in voter registration for Republicans in Cambria County coupled with a lower increase in voter turnout suggest that there is a shift in voting patterns among voters there.

Posted by CSI without Dead Bodies at 6:54:00 PM No comments: 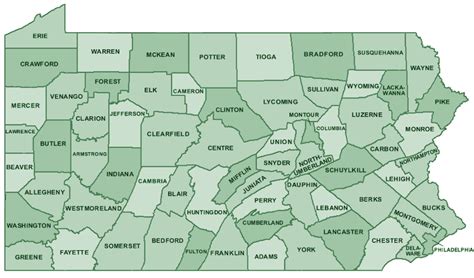 Cambria County used to be a reliable county for Democrats.  This was especially true for Democratic Presidential candidates from 1960 to 2000.  Pundits were shocked when in 2016 Donald Trump won the county with 66% of the vote.  .  For one year after there were several documentary filmmakers (including Katie Couric for National Geographic and Gary Younge from the Guardian) working on projects in the county trying to figure out why it switched so abruptly to the GOP and what the area needed.  The question remains what has happened there since 2016?  Voter registration numbers can provide clues to the mood of the voters before the votes are counted.


The table above first appeared in the website Darply and has been updated with new information. shows the voter registration data by party for Cambria County for November 2014, 2016, and 2018 with estimated population data for the county from the Census Bureau for comparison.  From 2014 to 2018, there was a 14.7% decrease in registered Democrats, a 21.1% increase in registered Republicans, and a 3.5% increase those registered with other parties or independent.  When we look more closely at the numbers, we see the gains for the Republicans mostly occurred between 2014 and 2016 while losses for the Democrats and those registered as other have increased after 2016.  These losses are larger relative to changes in the county's population.

The decrease in registered voters for Democrats for both counties could be bad news for Democrats running for office there this year.  Likewise, the decrease in gains for Repubicans since 2016 is not terrible news but may not signify a red wave for them.  However voter registration does not always correspond to they way that people vote.  The Democrats in Cambria County had a registration advantave of roughly 13,000 in 2016 but lost the county by about 23,000 votes to Trump.


Health Care and the 2014 Election in Pennsylvania

Posted by CSI without Dead Bodies at 5:13:00 PM No comments: